Cuba is one of the largest islands in the Caribbean and is located just 90 miles off the coast of Key West, Florida. With its mix of Spanish and African roots, Cuba is the least commercialized and most exciting island in the Caribbean.  Experience the vibrant Cuban culture through our “people to people” exchange program. During this trip, guests will be able to connect with the rich cultural heritage of Cuba. Travelers will immerse themselves into Cuba’s fascinating modern history, music, food, architecture, art, local community and much more! 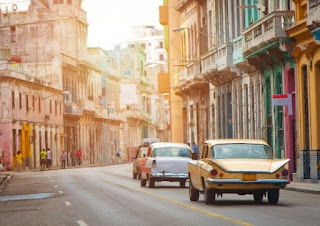 Stop at Revolution Square
The Revolution Square is a public square in the city of Havana, one of the largest in the world with 72 thousand square meters. In it we find the Monument to Jose Marti sculpted by Juan Jose Sucre and facing each other have the Interior Ministry with the famous image of Che Guevara taken by photographer Korda made ​​a sculptural relief work of Enrique Avila.

Check-in at the Hotel
Orientation Meeting with our Cuban guide or Cultural Explorations Travel Manager. Learn about the history, culture, and dynamic legacy of Cuba.

Depart from Hotel Lobby for dinner at a local paladar via Classic Cars
Guests will have the opportunity to be picked up for a tour, in a beautifully colored and sometimes restored American Classic car. Explore Cuba as if you are traveling back in time to the 1950s. This is the ultimate opportunity to see Cuba while riding in a classic car observing the architecture and culture of the country.

Dinner at Habana 61 Paladar
Habana 61 serves traditional Cuban dishes as well as Spanish and Mediterranean dishes, with a specialty in seafood. Enjoy well-prepared and delicious food, exquisite drinks and a bright and modern atmosphere.

Breakfast at your leisure at Hotel

Depart Hotel Lobby for a Walking Tour through Old Havana
You will be escorted for a stroll in the streets of Havana, taking in its grand architecture, rich history and lively streets. We will explore places such as the Plaza de Armas, the Castillo de la Real Fuerza, and the Plaza Vieja to name a few. 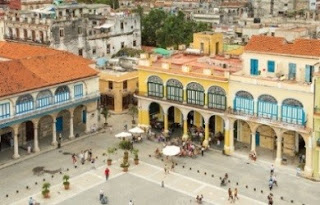 Plaza de Armas
The center of the Plaza de Armas square is lush with palm trees and other tropical plants and is surrounded with elegant Baroque buildings. Surrounding sites include Castillo de la real Fuerza: this castle was completed in 1577 to protect the city from pirate attacks, but soon proved to be ineffective because of its poor position too far from the bay. It was also used as a place to safely store treasures brought from America. 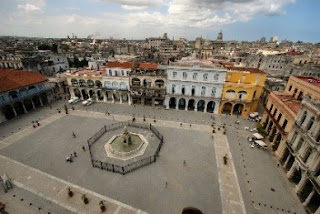 Old Square (Plaza Vieja)
The plaza, laid out in 1559, lost its name and role as the main public gathering place after the Plaza de Armas was widened in the century 19th.
Surrounding sites include:
·         The Casa del Conde Jaruco was completed in 1737 to become the home of the Countess de Merlin, a Cuban novelist. It is now used for art exhibits.
·         Central Fountain is at the center of Old Square and is a replication of the original 18th-centry one by an Italian sculptor.
·         The Darkened Room provides an amazing view of the city from the rooftop of a building, and a darkened room of the Havana City.

Lunch at Mercaderes Paladar
Primarily seafood based, this open-air restaurant has a blend of traditional Cuban, Caribbean, and some Italian dishes. A aesthetically 1890s renovated colonial house, Mercaderes has an incredible atmosphere for those who want to experience flavorful dishes and live Cuban music. 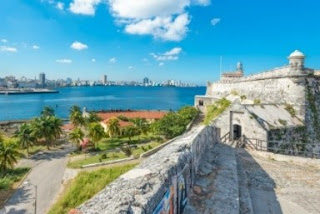 Visit the Morro Castle
Visit the most well-known castle fortress in Cuba that guards the bay of Havana. Named after the three biblical Magi, Morro Castle is a fortress guarding the entrance to Havana bay in Havana. The design was drawn up by the Italian engineer Juan Bautista Antonelli. Originally under the control of Spain, the fortress was captured by the British in 1762, and was returned to the Spanish under treaty terms a year later.

Visit the San Jose Market
A great place for local Cuban goods and souvenirs. Havana’s artisans have an ideal place in which to exhibit and sell their handicrafts–leather items, mostly functional yet beautiful artwork in the form of handbags, wallets, shoes, sandals and belts, costume jewelry, toys, masks, and ornamental items made of papier-mâché. A large collection of original paintings, photography and artificial copies can also be found. Ceramic items include plates, cups and saucers, demitasse sets, bowls, earthenware pots (in which to cook paellas), toys and large-scale decorative figures.

Dinner at Ivan Justo paladar
Enjoy a Cuban and Mediterranean experience in a 200-year old building featuring an open and elegant atmosphere. Some meals you might have the opportunity to enjoy including a salmon salad, gazpacho or lamb soup, lamb ribs, cheese risotto or perhaps a fish specialty. This unique venue is a tiny upstairs paladar and with the right table, you can secure a view of the Malecón.

Parisiense show at the Nacional Hotel de Cuba.
A great dancing show in the Nacional Hotel Cuba. The show follows the cabaret style, but the main focus is the Cuban cultural. The Big Show "Cubano - Cubano,” is a fusion of American Indian, Hispanic and African cultures that gave rise to the Cuban history and what developed the Cuban culture. Musical Magazine says this is a show that is designed and staged by one of the best art directors in the country.

Breakfast at your leisure at Hotel 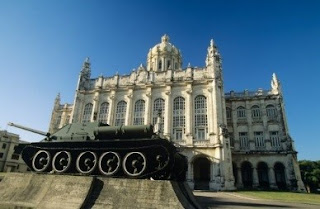 Revolution Museum
Located in the Old Havana section of Havana, the museum is housed in what was the Presidential Palace of all Cuban presidents from Mario García Menocal to Fulgencio Batista. It became the Museum of the Revolution during the years following 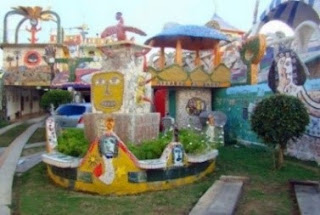 Fusterland is a life-size studio, residence and community project of Jose Fuster. It covers the roofs, walls, doorways and benches, stretching for blocks around the epicenter of his studio enclave. Surrounded by brightly colored sculptures and mosaics, this street-art extravaganza stretches for blocks resembling Barcelona’s Park Güell. Over 80 houses are decorated with ornate murals and domes to suit the personality of his neighbors and in addition to a chess park with giant board games and tables.

Lunch at 5 Sentidos Paladar
Located in the heart of Havana, right in the historic center of the city and that develops a fusion meal of our traditional dishes and international contemporary food 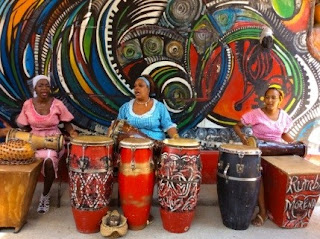 Visit Callejon de Hamel Art Project
Visit Callejon de Hamel, a central part of Afro-Cuban gatherings. The tour will be led by the project curator. You can often connect with Cuban painter, sculptor and muralist Salvador Gonzalez — a man whose Afro-Cuban expression is known worldwide. Guests will also be able to view a dancing show from the local performances that expresses the culture and afro Cuban lifestyle of Cuba.

Artisan Palace with Pairing Demonstration (Rum, cigar and coffee)
Find some of the best souvenirs to take back home with you at this one-stop shop for cigars, crafts, musical instruments, CDs, clothing, jewelry and more. Encased in a former 18th-century colonial palace and gathered around a shaded central patio, this market is a place for promotion and enjoyment of genuine values of the Cuban culture. 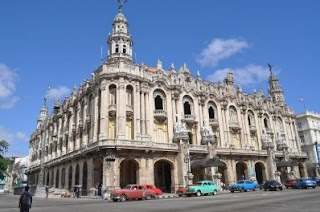 Grand Theater of Havana
Opened February 18, 1838, and renovated in 1915, the theater was designed by a Belgian architect and built by the American construction firm, Purdy & Henderson that also built the nearby Capitol. Enjoy the elegance and beautiful architecture of the theater where ballets and opera performances take place.

Return to Hotel
Refresh and unwind before dinner.

Depart Hotel Lobby for Dinner at a local paladar
Dinner at San Cristobal Paladar
Founded in 2010, San Cristobal is one of the most outstanding Paladars in Cuba and is said to be one of the top four best restaurants in the Caribbean region. Come and enjoy unique and traditional Cuban cuisine with a menu consisting of Cuba-creole – Malanga, yucca, cerdo asado, lobster, fresh fish, shrimp, and other traditional Cuban cuisines.

DAY 4 – B.L
Breakfast at your leisure at Hotel and check-out of hotel
Transfer to José Martí International Airport

*All program tours, accommodations and flights are subject to change*